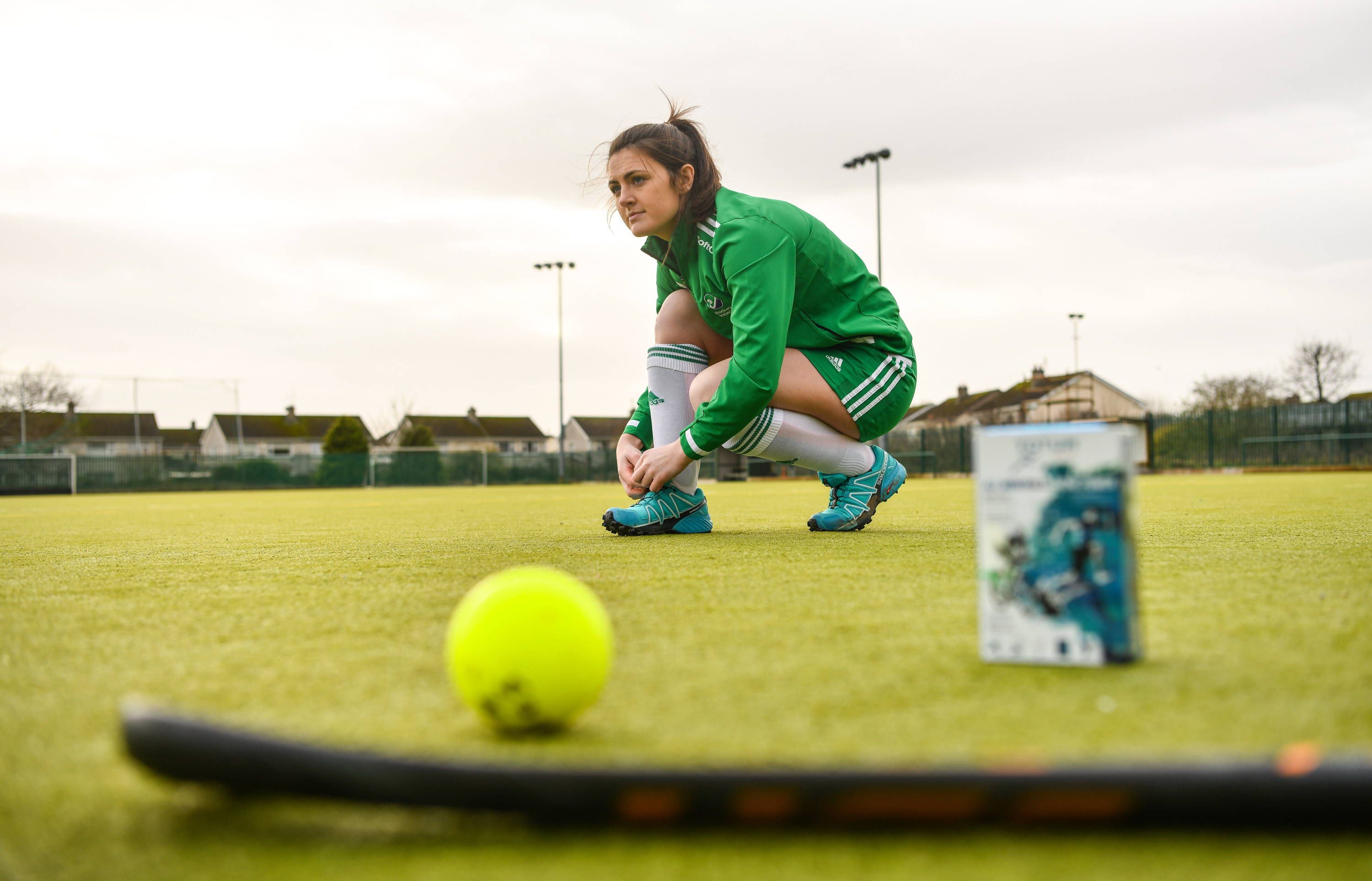 IT HAS been a long journey, and for a few sports, there is still a way to go.

But female athletes are being treated more equally to their male counterparts, than ever before.

However Women and Girls have very different performance and recovery requirements and we hope to empower and inform through our Equal - different campaign.

To coincide with international Women's Day

Totum Sport is honoured to work with the brilliant Irish Hockey star Roisin Upton for this campaign. Roisin is one of the highest achieving sports stars in the country, a World Cup Finalist and the hero of Ireland’s Olympic Games Playoff with her winning penalty against Canada to qualify for Tokyo 2020.

Peak performance for Roisin Upton, is being able to train, perform and recover at an optimal level, and she will talk us through some of her career highlights as well as her conditioning strategies for elite level sport. 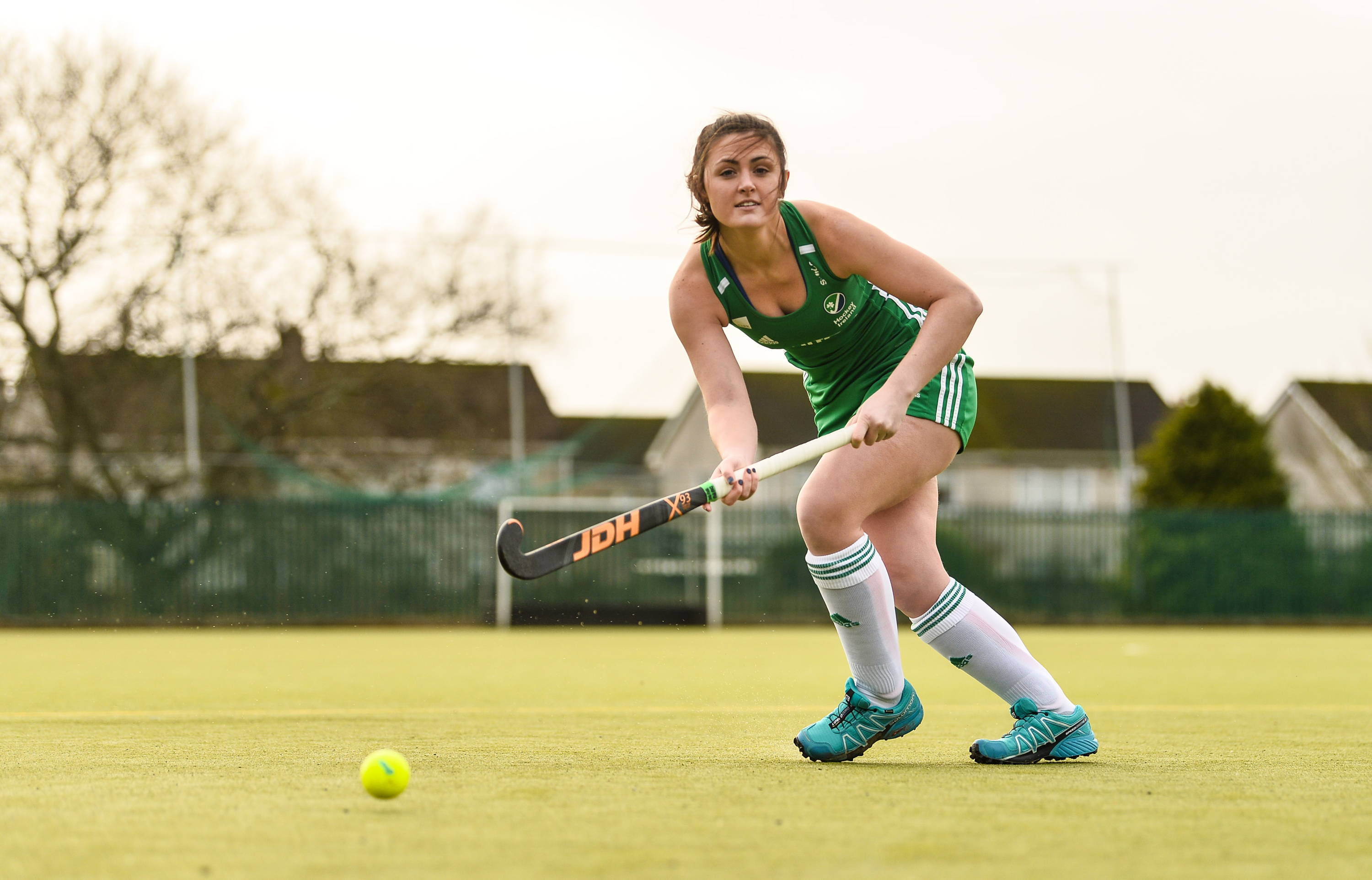 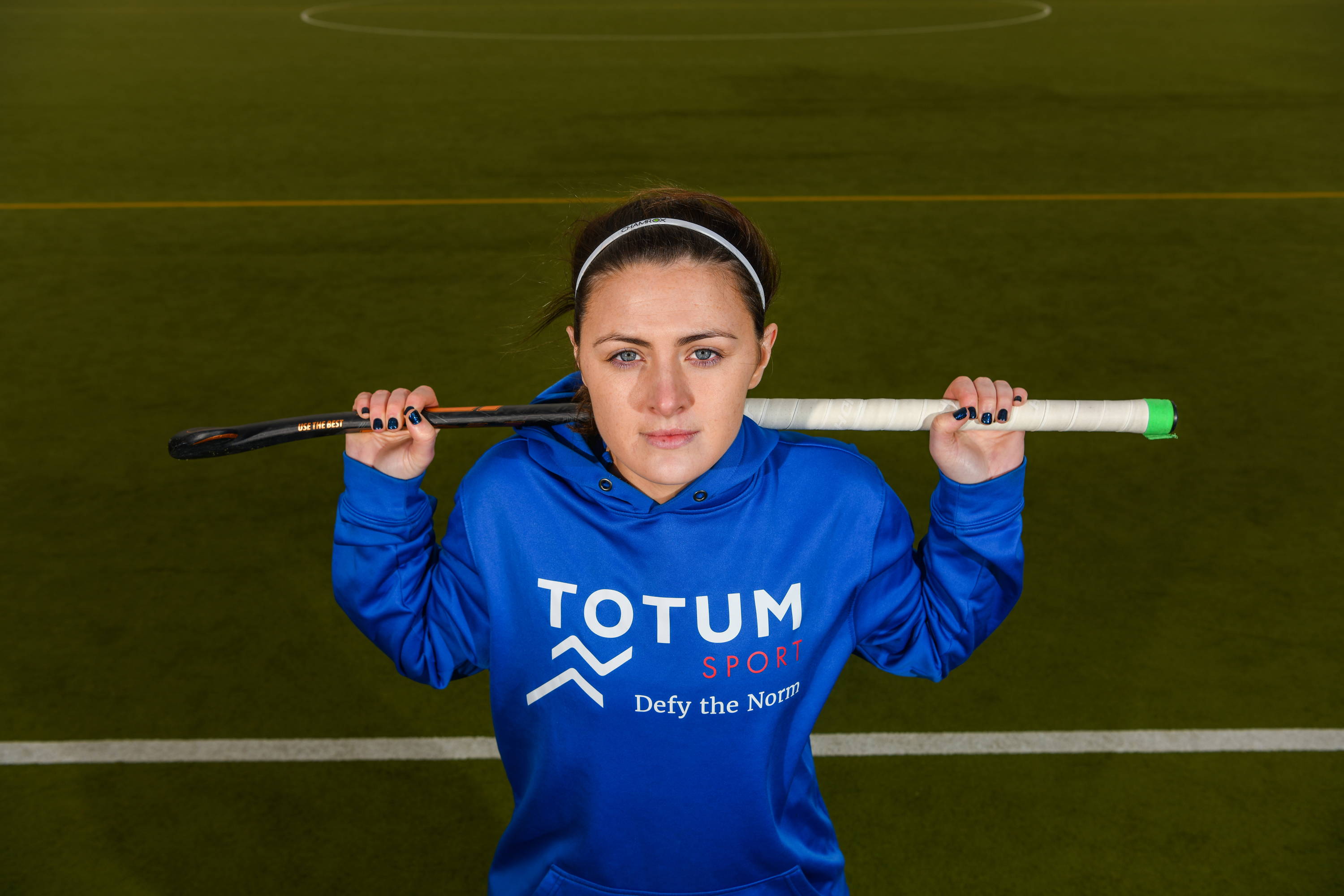 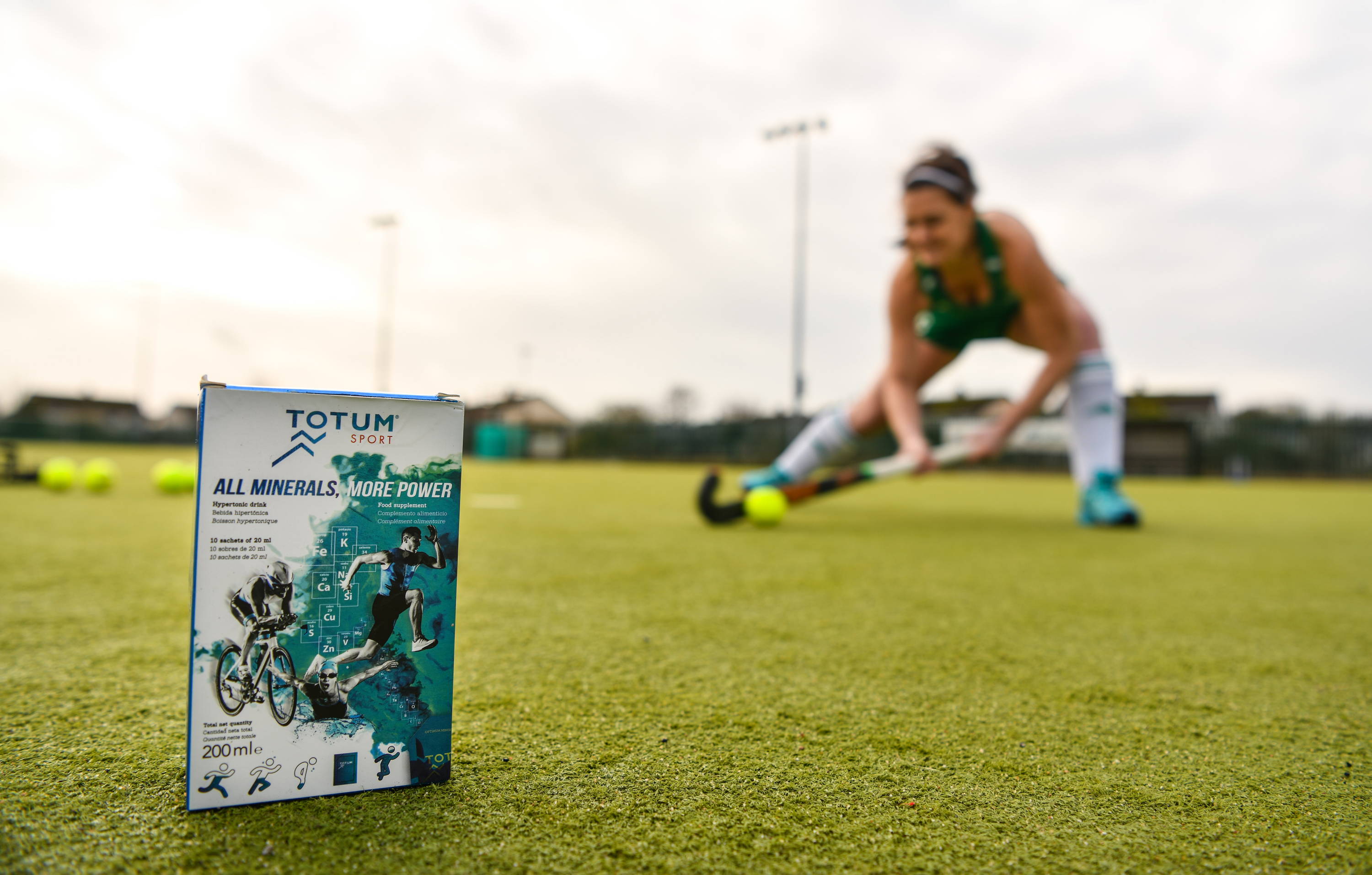 WHAT ARE THE MAIN DIFFERENCES BETWEEN THE FEMALE AND MALE ATHLETE?

HOW DOES THE MENSTRUAL CYCLE AFFECT PERFORMANCE?

HOW DOES THE MENSTRUATION IMPACT RECOVERY?

Omega-3 and Omega-6 are required for cell membrane structure and fluidity and hormone production. Omega-3 fatty acids can help to reduce the psychiatric symptoms of PMS including depression, nervousness, anxiety, and lack of concentration and can also aid with bloating and headaches (Sohrabi et al, 2013).

Omegabiocell369 contains a unique composition of four different plant oils. This provides the highest concentration of Omega-3,6 and 9 and in an ultra-pure form due to the unique patented bio ester technology that includes a four-step purification process. This is important as each fatty acid needs to be present in the correct ratio for optimal cellular function in the body. This is the only Omega oil on the market created using this bio ester technology which changes the structure of the fatty acids from triglycerides to ethyl esters. Ethyl esters have a much simpler structure and are much smaller in size in comparison to triglycerides. This means they are easily absorbed and stay in the cell for longer to exert beneficial health effects.

Omegabiocell369 converts Omega-3 ALA into controlled amounts of EPA and DHA not flooding the cells with excess amounts as with other products. This is the only Omega oil providing Omega-3,6 and 9 in an ultra-pure form and it can, therefore, be safely used as a daily Omega supplement to support health and vitality (with no build-up of toxins) whilst speeding up the recovery process, reducing inflammation in the body.

Whilst required in small amounts, minerals and trace elements are vital for cellular health. They are involved in a range of different enzymatic processes enabling each cell, organ and bodily system to function optimally, supporting the entire body.

Totum Sport is the only 100% natural marine-based mineral supplement providing all 78 electrolytes required by the cells. Totum Sport is rapidly absorbed by the cells for quick remineralisation. Without replenishing the full spectrum of electrolytes there is an increased risk of dehydration, cramp and fatigue. This can become even more apparent during menstruation when there is an increased loss of certain minerals including iron and magnesium- which is why there is often a higher onset of cramps and other symptoms during this period. Totum Sport is the only electrolyte supplement that contains the full spectrum of electrolytes and in a bioavailable form- enabling each one to be absorbed and metabolised optimally in the body at the cellular level. This enables enhanced recovery before, during and after training.

Whilst nutrition and hydration aids health, performance and recovery it also supports gut health, aiding mental health. Stress management, mindfulness, psychological support and sufficient sleep are crucial to support the athlete mentally. This is why we provide access to 87%, an app-based tool which helps to address the psychological elements of wellness. 87% can be used at any time to help manage and reduce stress levels and help create awareness of lifestyle patterns that may be contributing to stress. Using the app daily helps to track progress in your mental wellness.

IT WAS ONE OF THE MOST DRAMATIC SPORTING MOMENTS, AND ACHIEVED WITH A BROKEN WRIST. 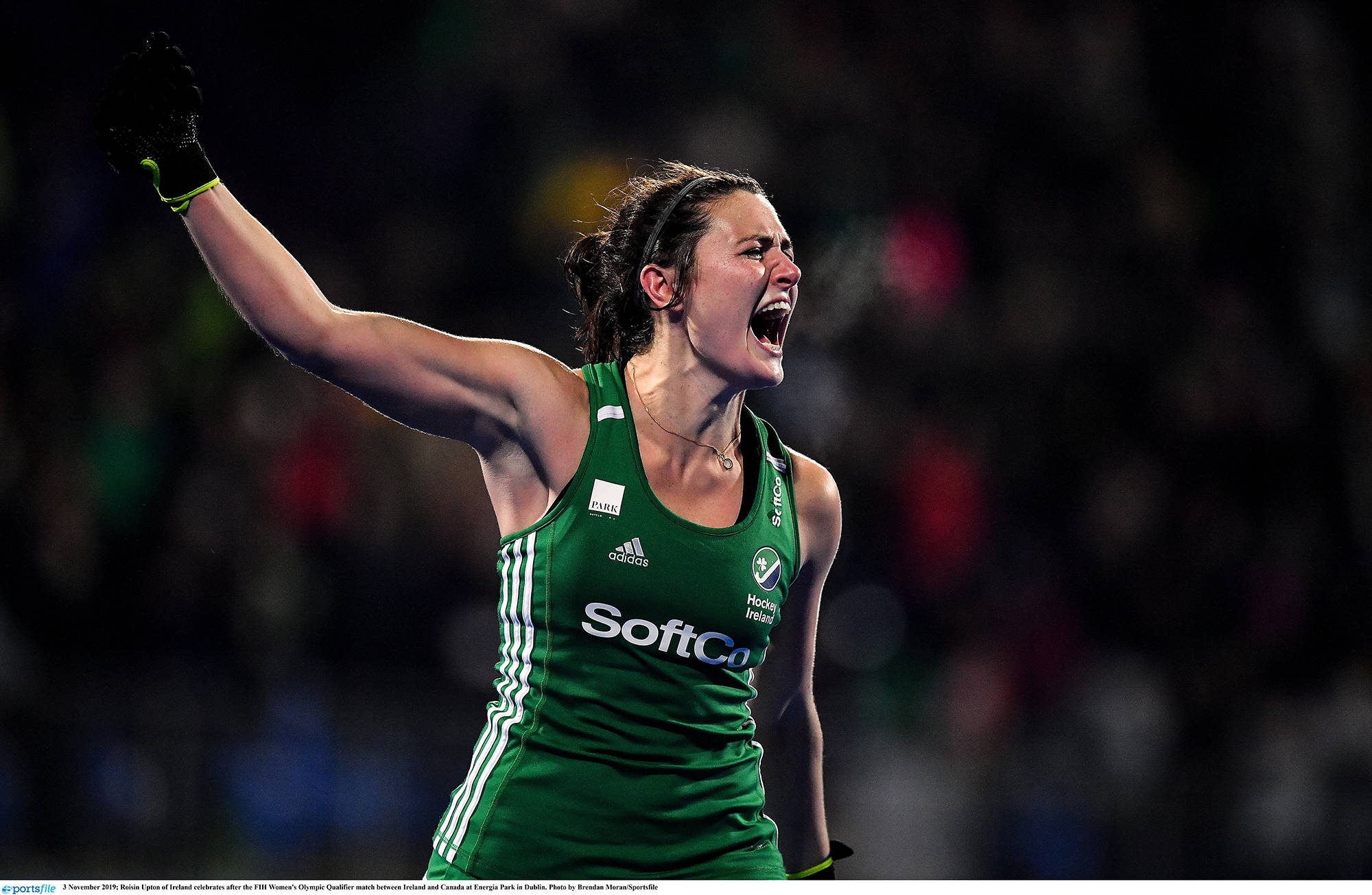 Ireland looked dead and buried in the penalty shootout for a win that would see her country qualify for their first ever Olympic Games.

The two playoffs v Canada in Dublin last November ended in draws and so the match would be decided by a penalties.

Ireland, the World Cup finalists had been hot favourites to go through, and penalties definitely weren’t in the plan according to Upton.

“When it goes to a shoot, you know, it's 50/50. I suppose when we have the best goalkeeper in the world, in our eyes, it might give you a little bit of a psychological edge,” Roisin Upton told www.totumsport.com.

“So, I stepped up third, the pressure is on and I didn’t execute and we were down 3-1.

Canada now had two opportunities to win the shootout, and miraculously, or thanks to the incredible prowess of the world’s best goalkeeper - Ayeisha McFerran - and two successful scores by Beth Barr and Chloe Watkins, it went to sudden death.

“Typically we come together as group of five and we'd say, who feels good? And it's the girls that have scored that might go again,” continued Upton.

“But when he backed me, I suppose, you know, it's split-second decision and you have to back yourself.

“And if you're given the opportunity to step up and take a shoot-out to take your team to Tokyo.”

Sport is as much about the mind as the body and for Upton it was a moment in time as she became aware of every sound in the stadium in Donnybrook.

“So it was a real split-second decision. He said it to me and immediately I thought, great, yeah, let's do it.

“Who gets a chance to redeem themselves?

“So that, it didn't enter my head. I felt confident and I thought, yeah, let's go for it. And again, I didn’t execute fantastically well.

“I was trying to take it wide of the goalie and, you know, just about stayed on the pitch, and I nearly ran out of at a time, but I snuck it in in the near post.”

And the rest is history.

It transpired following the game that Roisin had fractured her wrist during the match, as the World Cup silver medalist made a long pass.

Suffering from "unbelievable pain" throughout adds only to the magnificence of her heroics.

Below are links to other articles/posts that will interest you, simply click the titles to read the page:

Are you doing enough to recover?

IN our #EqualDifferent campaign Totum Sport highlight the different Performance and Recovery needs for sportswomen.

Our Head Nutritionist Marie Farag and our leading athletes - including Roisin Upton and Amanda Lightfoot – explain the differences in the female bodies.

Female Athlete Triad: What You Need To Know.

What is the Female Athlete Triad?

What is Equal Different?

At Totum Sport we also want to help inform and educate athletes of all levels on the great differences that women face in their performance and recovery strategies.

Our bodies have different needs to men, and also individually. If you don’t have nutritional support or would like any information you can contact us and we will help support you whatever your level and whatever your sport.

Remember we are Equal, but we are also Different.

We Will Support You 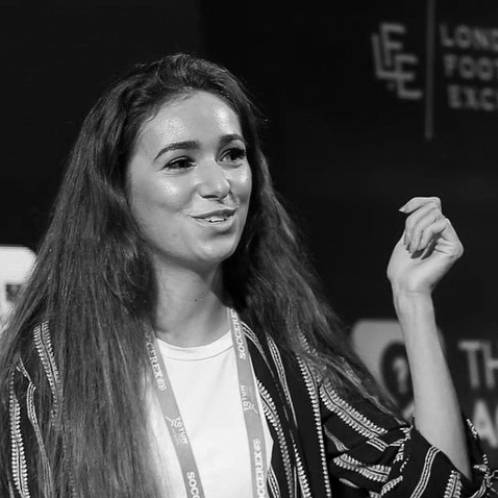 We will support as many competitors who want to know more about their athletic needs, providing information, product and assistance through our science team lead by our Head Nutritionist Marie Farag.

If you would like to speak to us about your Performance and Recovery strategies, contact our Science Team, lead by Marie Farag: at equaldifferent@totumsport.com